The Rain Retreat had not existed yet during the initial years of Buddhism. Therefore, throughout any given year, when a monk needs to visit the people in order to teach Dhamma, the journey was made when time permitted. On the other hand, if he wasn’t going to visit anyone, a pilgrimage to a tranquil place that was conducive for meditation would be made should one be discovered. In many instances, these sites were in rural areas usually found in forests or mountains and away from the city.And when they make their trip during the rainy season, they have to pass through rice paddies that villagers worked on. Often times these fields have rice seedlings that were recently transplanted and just starting to sprout. Sometimes these seedlings look just like ordinary grass and are crushed unintentionally under the feet of monks trekking through, causing the villagers much distress. The farmers would take their complaint to the Lord Buddha about monks stepping on rice that they’ve planted. They reasoned that even birds stayed in their nests during the rainy season; why monks didn’t.

To resolve this problem, the Lord of Buddha established the rule that during the rainy season, all the monks dwell in one place starting from the full moon day of the 8th lunar month until the full moon day of the 11th lunar month. Monks are not to travel anywhere outside their residence to give sermons or to go meditate; if someone wishes to listen to Dhamma, they’re encouraged to come meet the monk at the temple instead. From a different perspective, the Lord Buddha saw that having the monks remain at the ashram or temple as a great opportunity for the newly ordained monks to receive full guidance and mentoring from the senior monks. The truth of the matter is the training and transferring of Dhamma knowledge and monastic discipline, when done correctly and on a daily basis, has wonderful benefits. Therefore, the Lord Buddha made the rule that all the monks are to stay in one place during the Rain Retreat. The senior monks assumed the role of teachers in training and teaching Dhamma to the new monks. In addition, the seasoned monks can help plan where the new monks should go after the Rain Retreat was complete, and fine tune their teaching method and techniques in delivering sermons so that they’re appropriate with the audience and the changing society. Thus, the Rain Retreat is a period of time that is beneficial for both the people and the senior and junior monks. 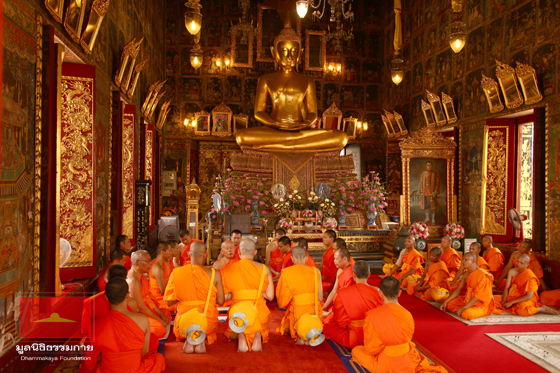 The daily routine for monks during the Rain Retreat is similar to what they normally do during any other time of the year. However, since they’re not leaving their residence, monks in the present days are afforded more time to concentrate on their meditation practice, improve their teaching method and sermons, and study the Tipitika in detail. If we visited the temples in Thailand during the Rain Retreat, we will notice that Thai men traditionally ordain during this period, no matter if it is for a short or long term ordination. For this reason, you will find senior and junior monks residing in the same place. This way, senior monks get the opportunity to be teaching monks, and teach subjects they are an expert in – monastic disciplines, Dhamma and Jataka. In short, the Rain Retreat can be called an “intense learning period,” or in other words, it is the “Moral Training Camp” or a place to cultivate virtues. Other activity like traveling to meet supporters is temporarily halted during this period so monks can fully concentrate on studying and researching the Tipitika. When the studying is done, monks can focus on their meditation practice – a research of the internal Tipitika. The external Tipitika can be studied from the volumes of books, whereas the research of the internal Tipitika is done via meditation. 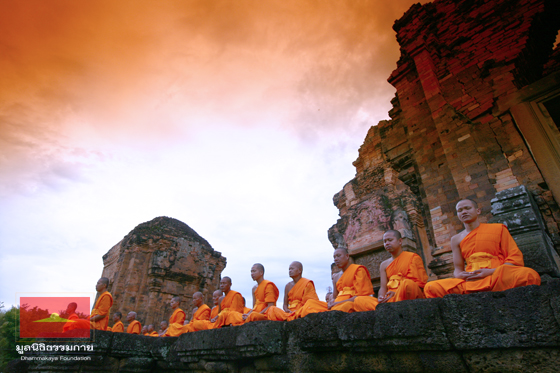 To research the internal Tipitaka is to practice ‘meditation’

Moreover, when all the new monks reside at the temples together, their parents, relatives and friends will come to the temple to perform meritorious deeds so that they can see their ordained sons, nephews, or friends. Being recently ordained, the new monks are not prepared to give sermons yet, but when their families come to the temple, they get the opportunity to meet with the senior monks and teaching monks and a chance to listen to Dhamma discourses. Thus, the Rain Retreat is the season to study Dhamma for both the monks and lay people. This is what the Rain Retreat entails in the present day. 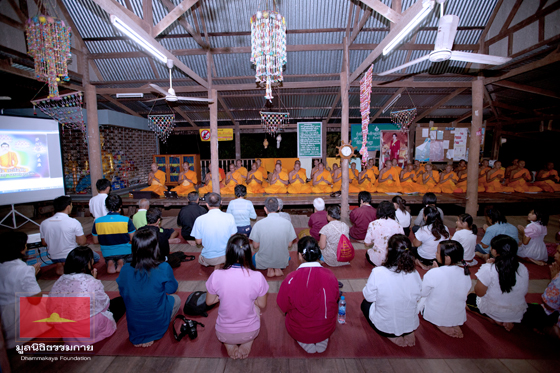 The Rain Retreat is the season to study Dhamma for both the monks and lay people.