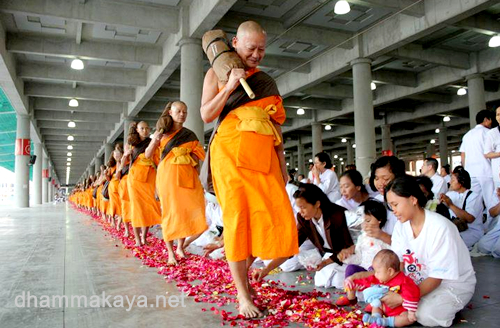 Phra Sanitwong said that when there were big disasters in the Buddha Time in Phaisali city. People had troubled and passed away from the natural disaster, ghosts or cholera, the survivals invited the Lord Buddha as well as over 500 monks to help. The residents cleaned their roads and decorated them with flowers. Because of the Lord Buddha’s power, all of disasters ended. The sick people got well and the ghosts went away. King Indra and big celestial beings came to pay homage to the Lord Buddha, so there were blessings happening to all residents. The big flood disaster in 2011 had damaged and made Thai people troubles very much, so the monks, who are joining this project are the real monks, have strong intention to perform dhutanga following the Lord Buddha’s way. We do it to relieve the flood victims’ minds and to bless Thailand better. On Monday December 19th, 2011, it is the second phase and the distance is over 15 km long. There are over 100,000 congregations, residents and students preparing over 700,000 rose petals to pave for welcome the monks along the dhutanga way. This is to express their respect to the Triple Gems. 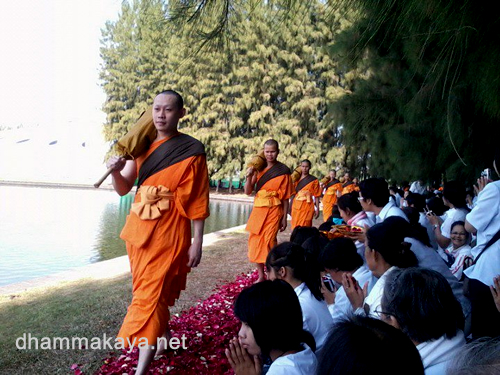 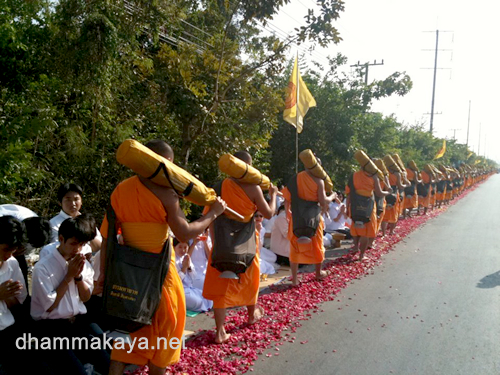